The Silver Crest was made from September 1936. These 6 cylinder cars, and their four-cylinder companion the 12/70, were designed by George Lanchester, brother of Frederick, who was appointed Assistant Chief Engineer (Cars) after the Lanchester company was taken over by Daimler.

With falling sales of the larger models, the intention was to appeal to a slightly wider market, especially business users, and be simpler to manufacture than the Firebird and Silver Eagle models they replaced. A higher proportion of bought-in components was used in their manufacture, although finish was to traditional Alvis standards. Both used engines with block and crankcase cast together in iron, with the timing chain at the front.

These engines were mated to a unit-construction all-synchromesh gearbox of more compact design than that used on the Speed models.

The 10′ wheelbase chassis was lighter and simpler than earlier models, with independent front suspension by transverse quarter-elliptics and wishbones with rear half-elliptic springs. The rear axle and steering gear were ENV and Burman – Douglas products. 16″ wire wheels bolted on rather than knocked on. Bendix-Cowdrey rod-operated brakes were used instead of the Alvis system.

Saloon bodies were by Holbrook in four and six light styles.

Special bodywork was confined to a short run of dropheads by Cross & Ellis, 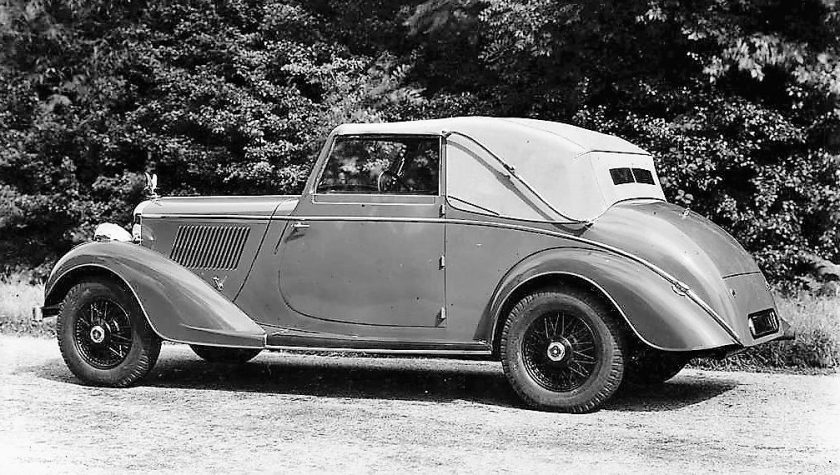 and one limousine by Cross & Ellis. 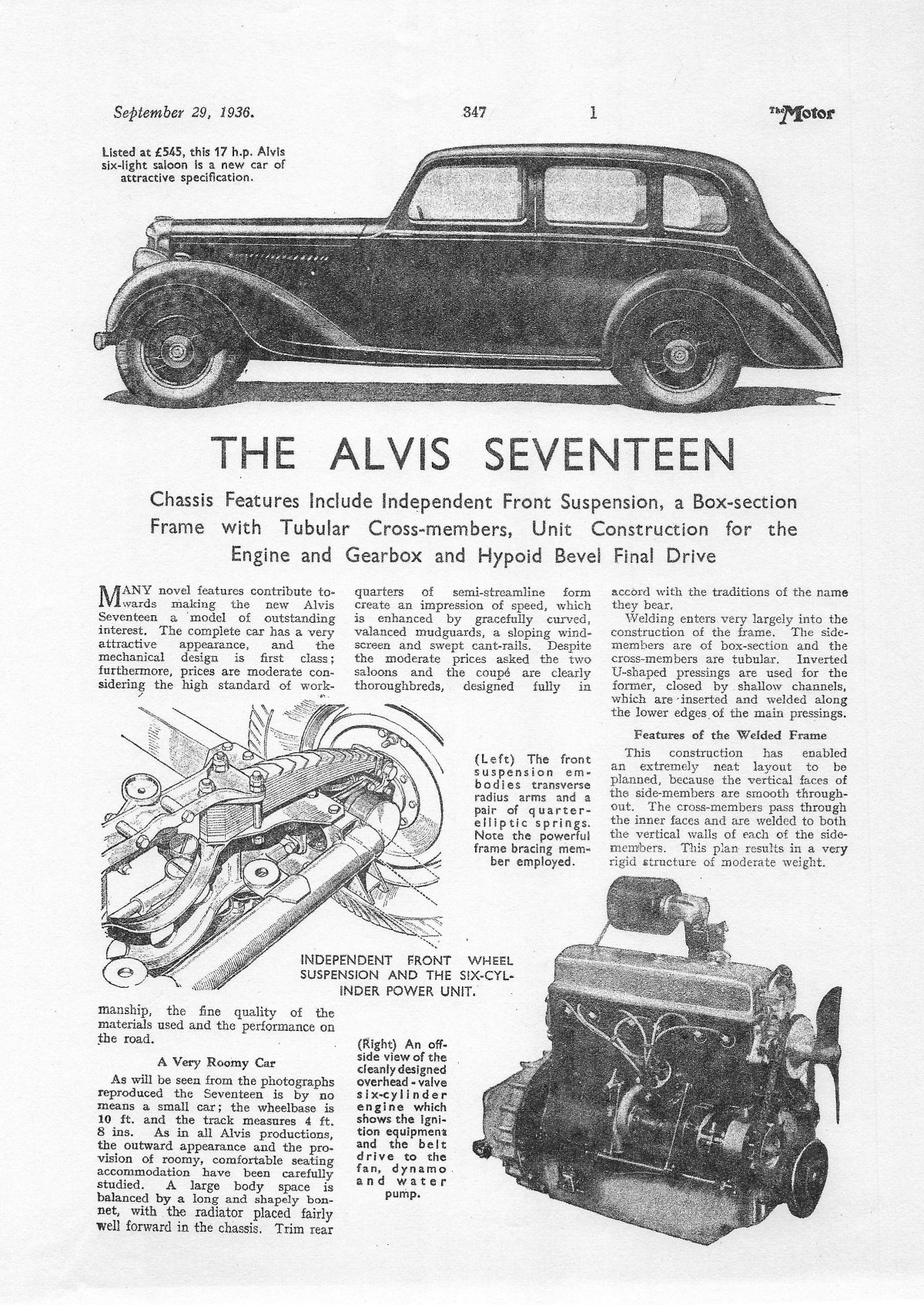 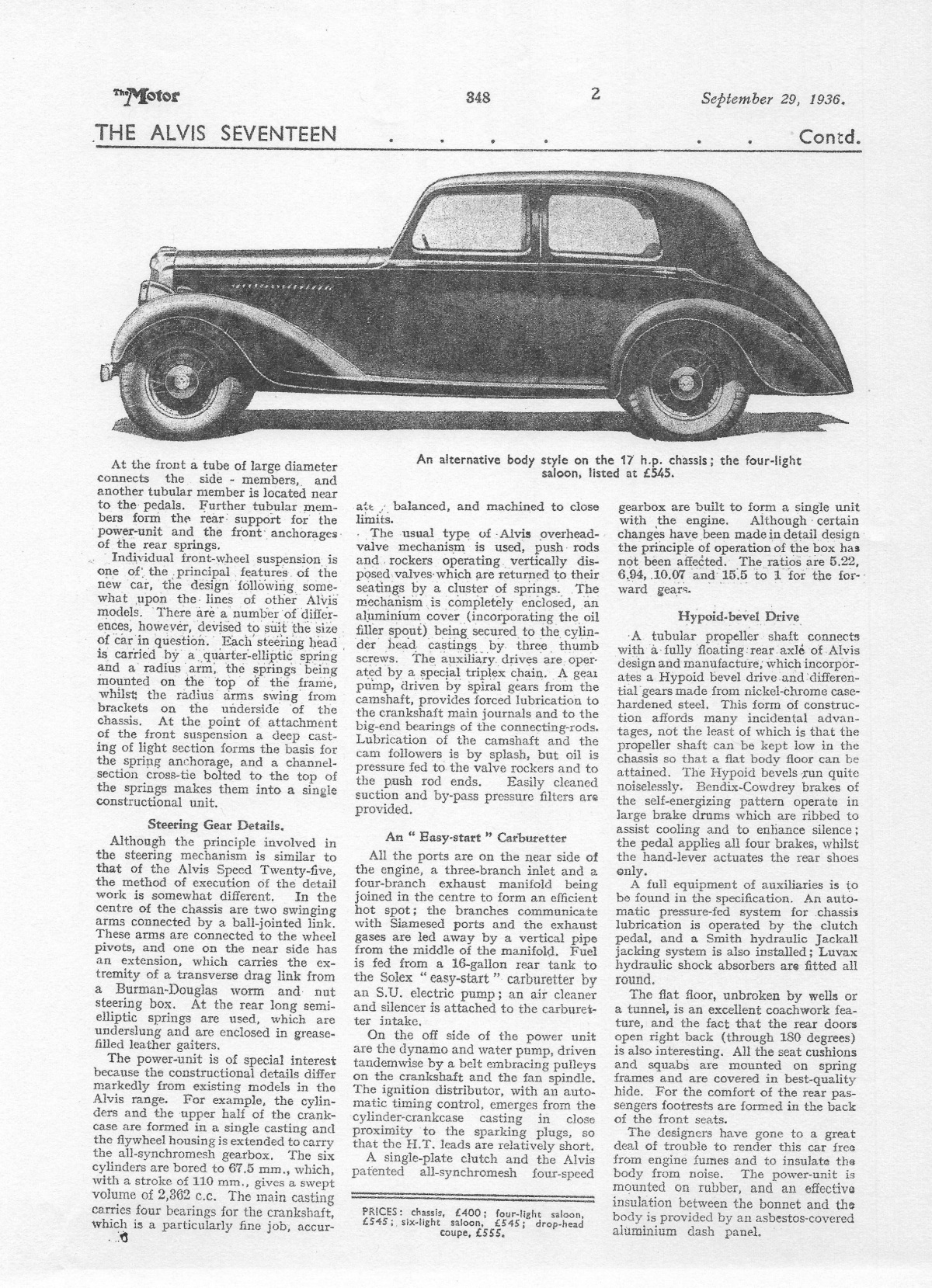 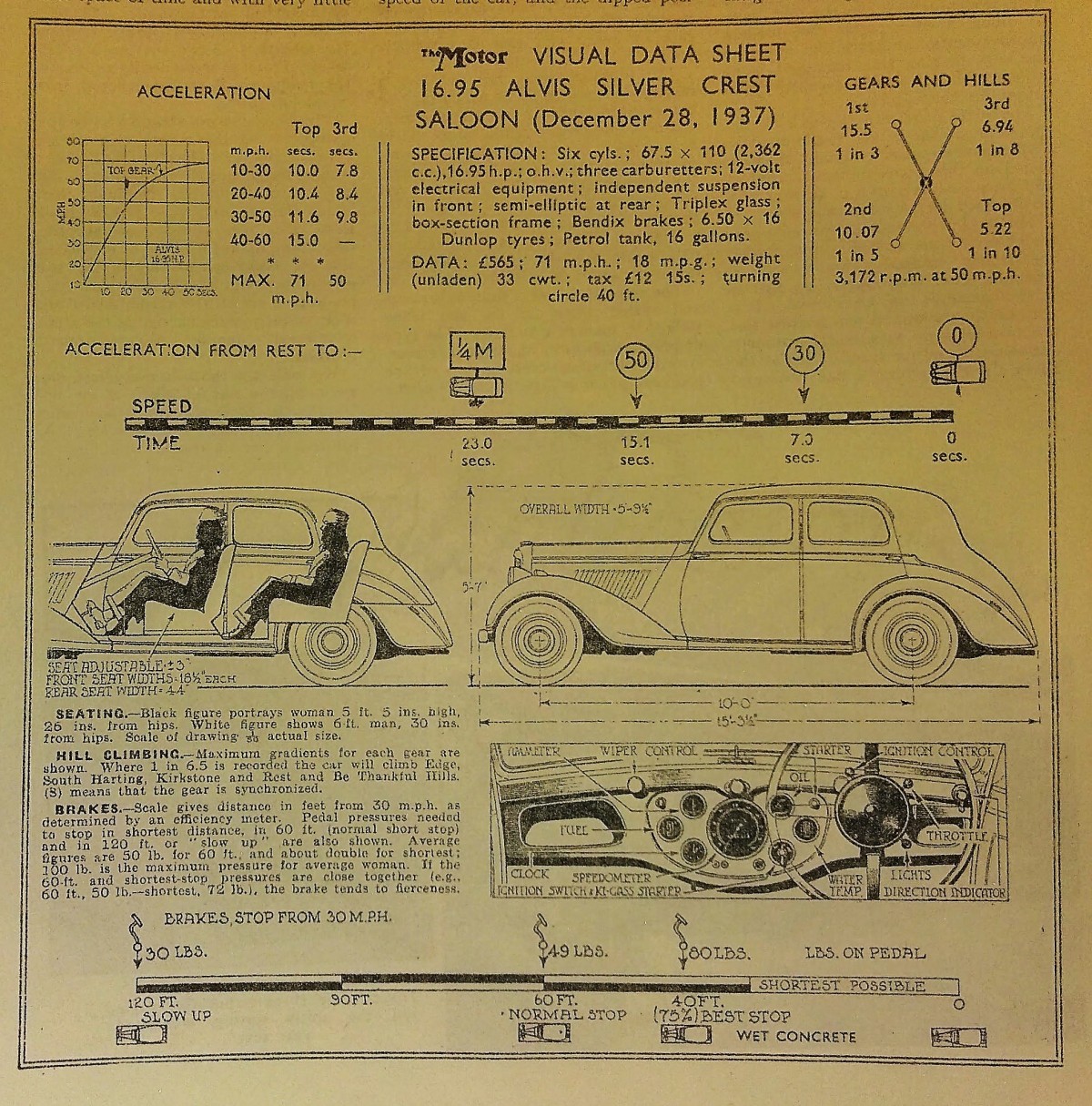 The survival rate is low from over 500 made. Click on any photo below to start the gallery:

For 1940 Holbrook built a razor edge prototype for Alvis.

A few words about the Silver Crest may be permitted here as this seems a somewhat overlooked model. My thoughts, recorded while the car was in my care from 1956 to 1958, may come as something of a surprise.

From an advertisement in ‘Motor Sport’ in April 1956: Silver Crest 1938 saloon. Genuine 48,000 miles, only three drivers from new and in really exceptional condition“, I purchased my first Alvis. It was the Holbrook 6- light saloon, with side mounted spare wheel, fitted with the 20hp, 3 carburettor engine. It cost £200. Nick Simpson’s splendid article (Bulletin No. 408) on the creation of this model, from the drawing board of George Lanchester, gives the background to the car, which I shall not repeat. I will confine myself to some remarks front an owner’s point of view in the late 1950s.

One aspect nearly put me off buying it. On my test drive near Grantham, the steering was overly heavy on left lock. But I was convinced this was not normal and that it should be curable, so look a chance on it, the car otherwise behaving perfectly well on the road. Subsequently I renewed all the lignum vitae joints in the steering, replaced the swivel pins and bushes, fitted a new front spring, and even replaced the steering column – all to no avail.

Finally, I did what I should have done in the first place, and took the car back to Holyhead Road Service Dept. Twenty minutes later the steering was perfect! Someone, before I got the car, had swapped over the track road and draglink ends, which both fitted onto the n/s steering arm on the Silver Crest. This caused them to rub against each other, especially on full left lock. The steering became beautifully light on the open road, and remained acceptably 50 even when manoeuvring this heavy car. I just knew Alvis would never have designed steering as heavy as it had been.

FBH 308 proved to be a most comfortable car to drive and ride in. The Mosley air-cushion sealing was very good, easily adjustable to one’s own preferences. The suspension gave a smooth and roll-free ride. 500 miles in the day being no hardship. There was no undue wind roar created by the body, and cruising at 60/65mph was natural and effortless, 70mph coming up with little encouragement.

The driving position was splendid, if less awesome than in the Speed 25 and 4.3 models due to its shorter bonnet and smaller headlamps – more a lady’s car really, everything from the n/s front wing and side lamp being clearly visible.

One incident underlines the quality of the design – whilst I had the Alvis, the opportunity arose to sample a 1939 MX Overdrive Bentley. I drove the Bentley from Derby to Stockton but long before I got back to Derby I realised, despite its quieter gear, I would not change it for the Alvis. The Silver Crest’s suspension was much superior. It had none of the Bentley’s writhing front wings and P100s over bad road surfaces, and its general comfort was – to my surprise – better.

I enjoyed driving the Alvis for more than two years, covering almost 11,000 miles in that time. However, in the summer of 1958 a friend, who was in desperate need of a car, persuaded me to sell it to him. He paid £235 for the privilege and subsequently used the car for many years, eventually fitted a Perkins diesel, after which I lost track of it. A pity, it was a fine car and deserved a better fate.

A Register of Silver Crests was compiled and published in 1987: 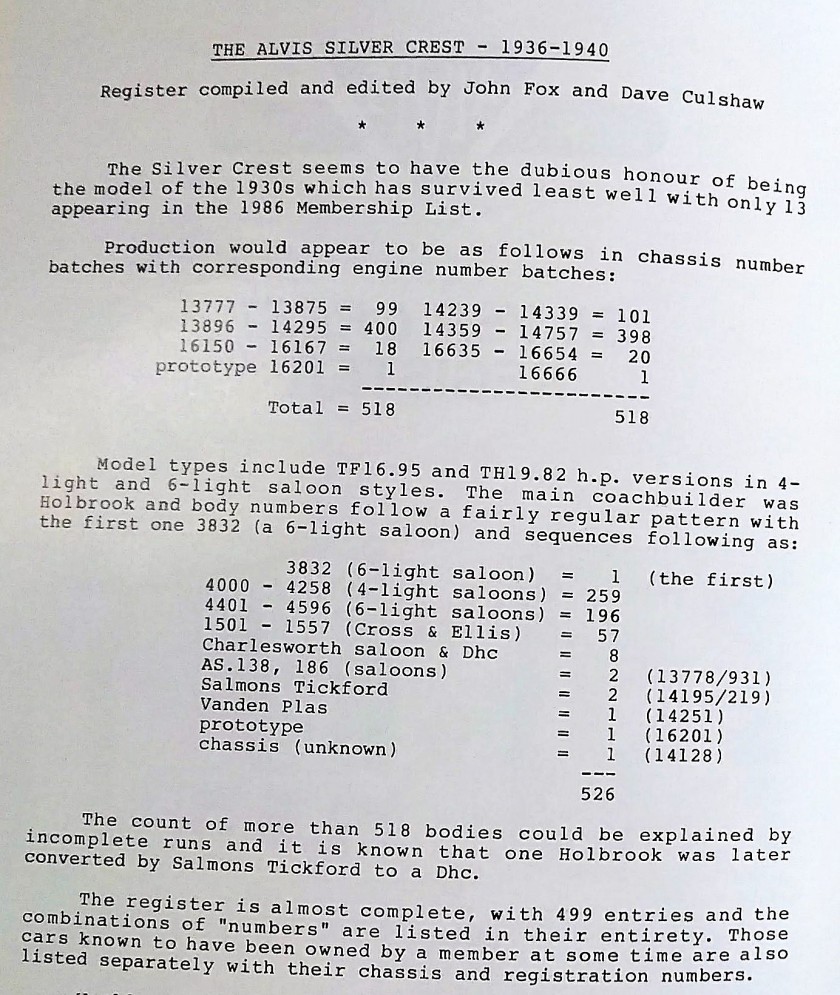 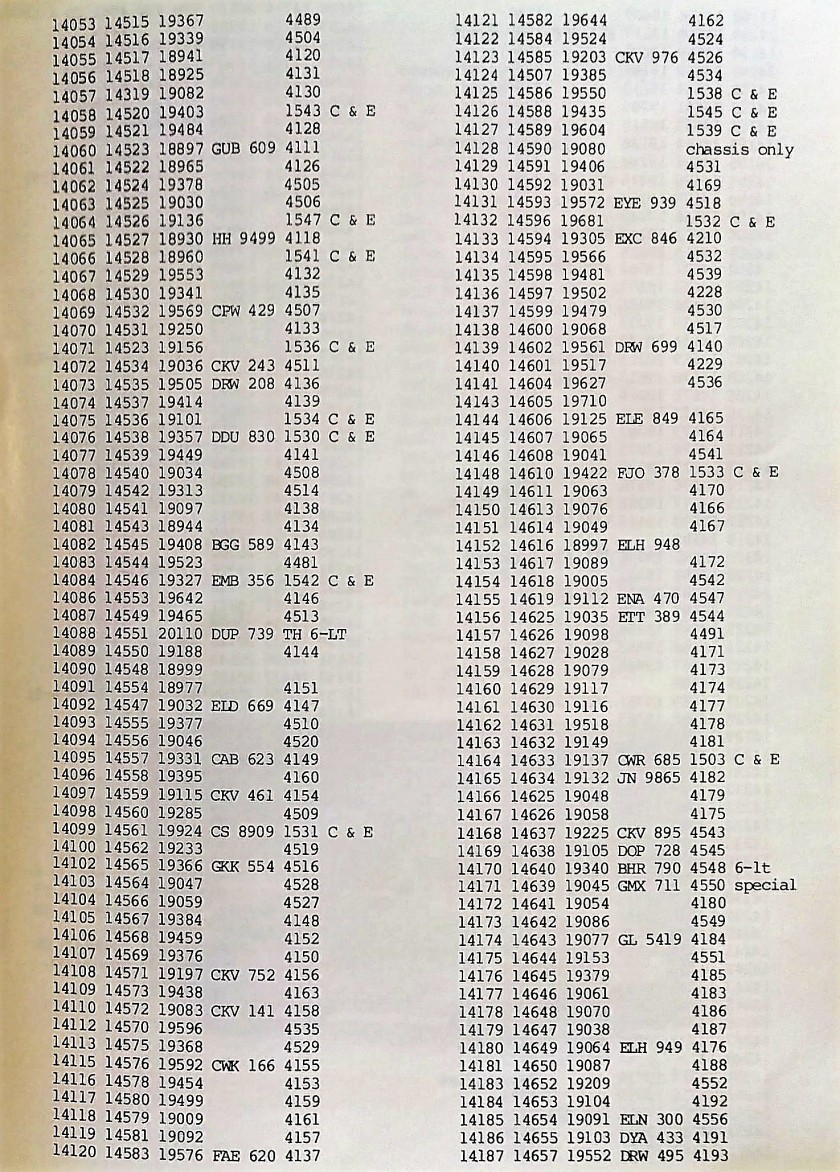 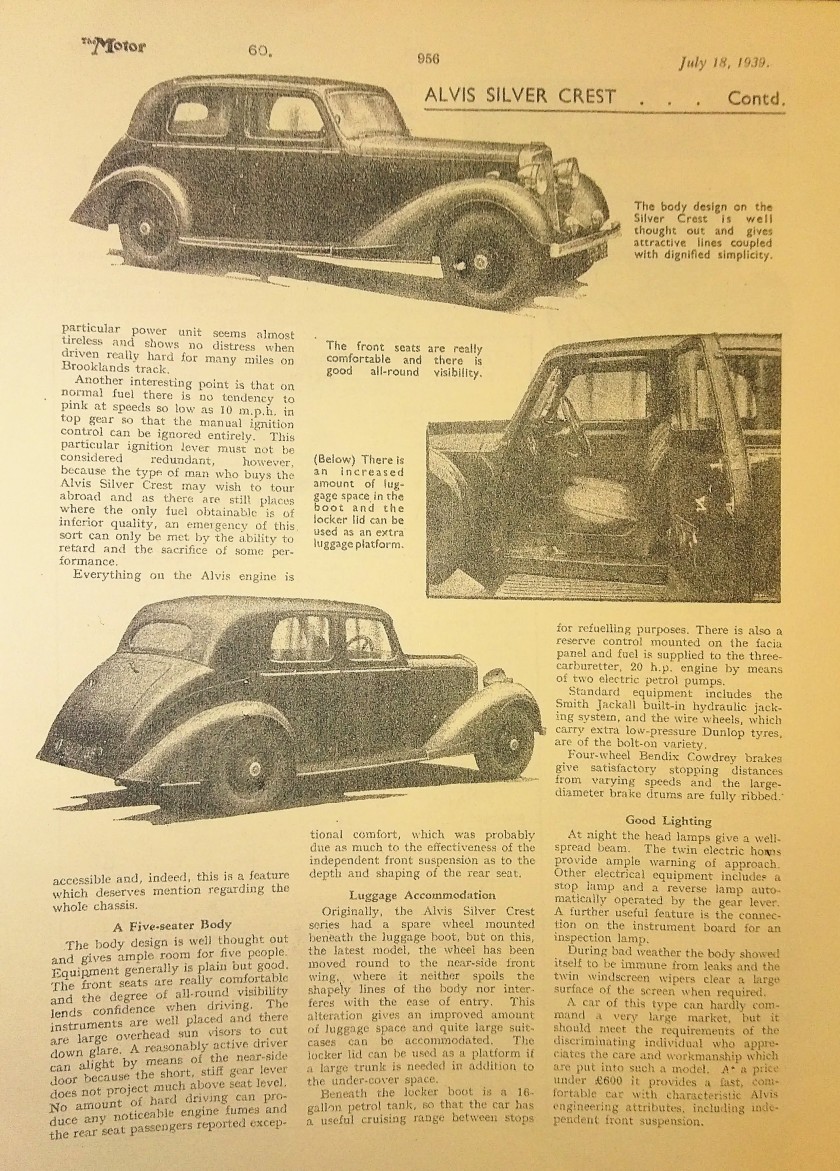