Malcolm Kindell is the TA21 Model Secretary for the Alvis Owner Club and has been collecting data about TA21s since 1973. He holds a comprehensive record of existing and extinct TA21s. Malcolm can often advise about the history of individual TA21s and is always looking to increase his database, so if anyone has the smallest amount of information about any aspect of the TA21 past or present then please let us know by posting a Comment. Malcolm welcomes any pictures of TA21s whether they are of existing cars or ones that have long been lost. You can email these to alvisarchive@btinternet.com

The TA21 by Malcolm Kindell

Alvis produced 1319 cars designated as TA21, three of which were prototypes. These were 3LI, 3L2 and 3L3. The latter was the development car based on a TA14 chassis with the six-cylinder engine which still survives somewhere in the USA.

The other two cars one of which was a left hand drive estate and the other a saloon similar to a Sunbeam Talbot 90.  The estate was broken up and the saloon was written off following an accident in the sixties. Of the remaining 1316 cars, 1003 were built by Mulliners of Birmingham as saloons.

303 were built by Tickford of Newport Pagnell as DHCs

and 9 chassis were delivered to Hermann Graber for special coachwork

Tickford also produced a “one off special” two-door hard top version of their DHC, which has probably not survived.

Of the nine chassis delivered to Graber only three are known to survive. One has a fixed head coupe body and is in Australia.

The other two have DHC bodies and are in Switzerland and the Philippines. It is rumored that another exists in a Royal Household but this is unsubstantiated.

Of the 303 Tickford cars approximately half a dozen left Tickford without hood mechanisms and one of these survives with quite an attractive bespoke hard top. 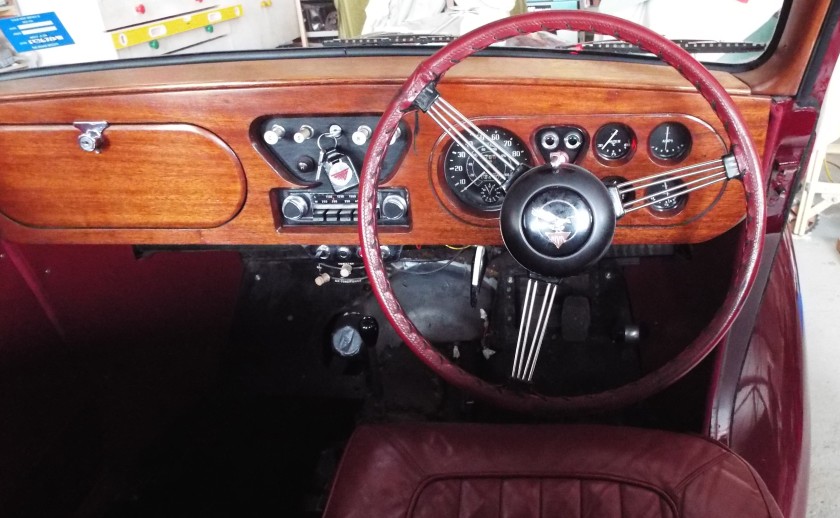 Whilst the 2012 AOC Membership List records 103 TA21s registered with the Club it is known that 337 TA21s survive world wide with another 22 that are known to exist but cannot be positively identified. Now this does not account for those TA21s that have been tucked away and haven’t seen the light of day for decades. They will no doubt appear in one condition or another at sometime in the future and will then be recorded.

Of the TA21s around the rest of the world the USA has about 48, followed by Australia at 22 and New Zealand with 14. Sweden follows next with 11 and Holland and Germany have 9 each. There are probably more in Germany as there are photos of at least 3 more with German registration plates that cannot be identified.  Canada has 5 and France has 4.  Others are spread around Denmark, Belgium, Spain, Portugal, Italy, Japan, South Africa, Switzerland, Brazil, United Arab Emirates, Hong Kong, Turkey and the Philippines.

Chris Harding offered a link to his TA21 restoration….in Dubai