2019 marks the centenary of some famous names such as Bentley and Citroen as makers of some excellent cars which continue in mass production. They were both in their thirties  when they founded the companies bearing their names.

In 1919, T G John, a 38 year old Welsh naval architect, set up his own engineering company which was to become Alvis, making his first car in 1920. During the 1920s, together with Capt. G T Smith-Clarke, W M Dunn and A F Varney, these exceptional engineers made high quality four cylinder cars which were used in competition to market them for their exceptional performance, produced the first wholly British Grand Prix racing car and the pioneering front wheel drive cars which won their class at Le Mans in 1928.

For further refinement a six cylinder engine was made in the late 1920s and developed into the successful Speed 20  and later Speed 25 and 4.3 models during the 1930s. Alvis never made bodies, only the chassis, engine and gearbox, being the first to offer an all  synchromesh gearbox and  independent front suspension on the formal Crested Eagle model. Many coachbuilders offered saloon, tourer and drophead coupe bodies for the cars culminating in the Vanden Plas 4.3 litre short chassis tourer. Four cylinder models continued alongside the 6 cylinder cars, including the Firefly, Firebird and 12/70.

After World War Two, to which Alvis contributed much in producing aero engineering and bomb trolleys, T G John died and a new Managing Director with an aviation background took over, John J Parkes. Alvis decided to build a four cylinder model based on the 12/70 called the Fourteen which was launched in 1946 while a new Three Litre model could be developed which was produced from 1950 to 1967. Car production would have ceased in 1955 had not Alvis commissioned a new style from Swiss coachbuilder Hermann Graber of Wichtrach and Rolls-Royce subsidiary Park Ward had not offered to build it in the UK. Alec Issigonis had designed an innovative new car, the TA350 for mass production which the board decided required too much investment. The last project Rover Alvis BS, came to nothing.

Alvis also became an aero engine and armoured vehicle manufacturer, starting the in the 1930s with the successful Leonides engine used in fixed wing aircraft, helicopters and the first hovercraft. By the 1960s, car production was only a small part of the operation, with military vehicles being the most profitable, but the directors liked to arrive in style with their own car. J J Parkes retired in 1973. After a merger with Rover in 1965, shortly after it was taken over by British Leyland. Alvis was bought by United Scientific Holdings in 1991 which became Alvis plc. It in turn purchased Vickers defence business to become Alvis Vickers plc. The company was sold to British Aerospace in 2004 and the Alvis name disappeared from the UK Stock Exchange listings.

It is a testament to the appeal and longevity of Alvis engineering that so many products survive and are cherished the world over long after they ceased to be made.

Among these pages you will find information on all aspects of Alvis products and some of the events that are planned during the coming year. Further information will also be found from the Alvis Owner Club  www.alvisoc.org , founded in England in 1951, for all owners of Alvis vehicles with representatives in a number of countries, The Alvis Register www.alvisregister.co.uk catering for the Vintage Alvis,  and there are locally constituted car clubs in the Netherlands, Australia and New Zealand, see Links

What the then AOC Chairman and archivist said in 1994… 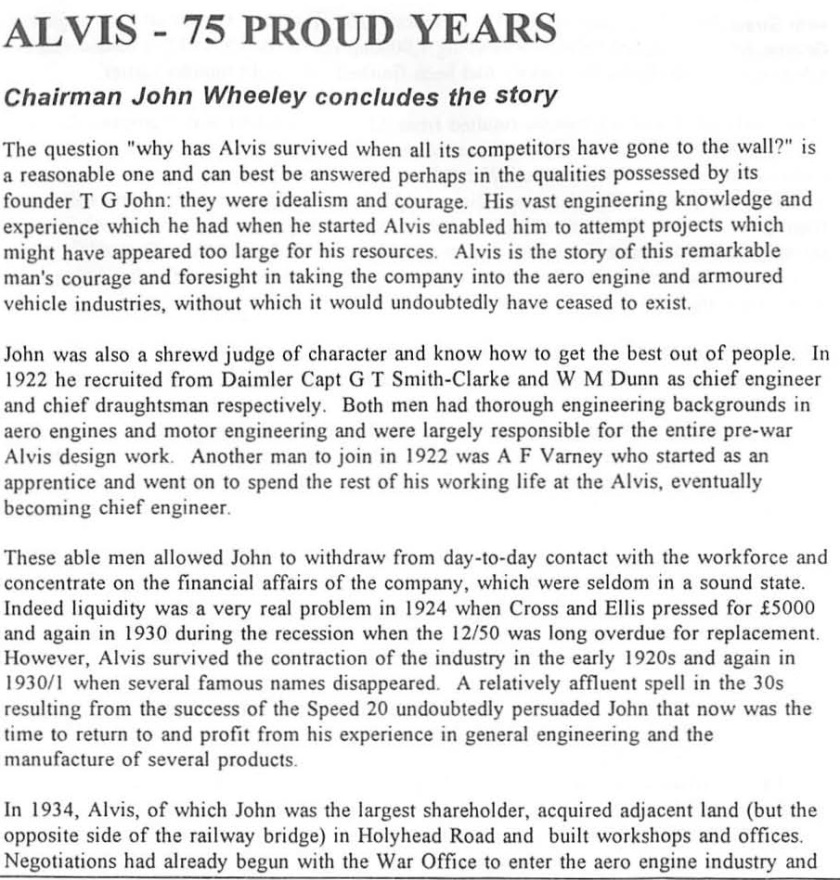 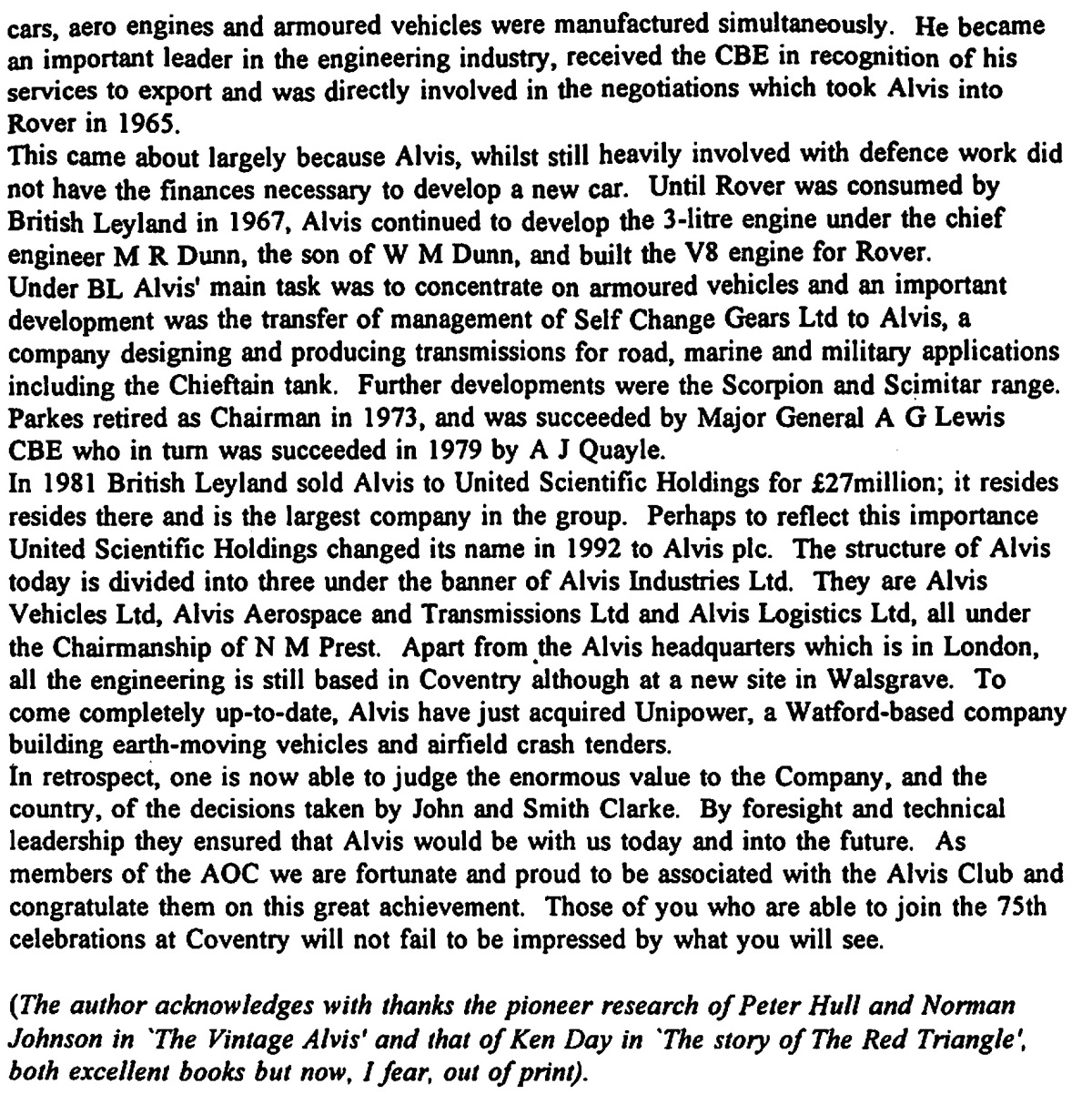 Copies of both books are currently available from the Archive Trust