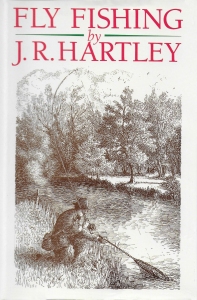 Remember the 1983 Yellow Pages advert for “Fly Fishing by J R Hartley” which was a fiction? Then someone actually wrote the book in 1991 under that pseudonym and it became a best seller. Well, Adrian Freer contacted us about his website dedicated to the life, the artificial flies, the pioneering techniques in stillwater nymph fishing and ultimately the angling legacy of Dr Howard Alexander Bell (1888-1974) of Wrington, Somerset.

Dr Bell regularly fished Blagdon Water in the years following WW1 where he sought to devise better methods of catching reservoir trout. He was known to drive an Alvis and Adrian asked if we could help identify it.

Well, after a bit of sleuthing and telephone calls, we did, and it is still around. Furthermore, we were able to apprise Adrian of two other Alvis fishing connections, our Graber TC21/100 cabriolet driving Swiss friend Eliane Schleiffer who also fishes the Spey

Do you know of any others? 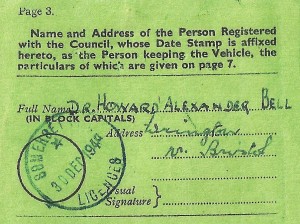 We know that chassis 14186 was delivered in December 1937 to Dr Bell from the Phippen dealership when he lived in Wrington. The first change of owner was in 1961 also in the Bristol area. The current Yorkshire owner acquired the car in 1997 and is the sixth. 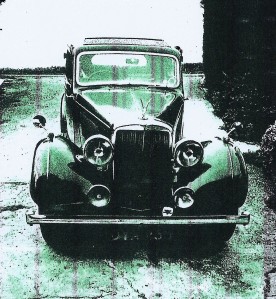 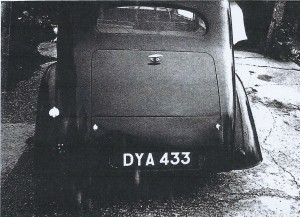 Doctor Bell’s annual pilgrimages to fish the Spey for salmon and sea trout are well documented. He drove his ancient Alvis, accompanied by Mrs Bell, a cook and one or more servants, at great speed on a journey of over 500 miles that took him two days.

Although he never wrote a word about fishing and shunned publicity, Dr Bell of Wrington had the greatest formative influence of any man on the development of reservoir fly fishing in the first half of the twentieth century. He studied for a degree in medicine at Cambridge where he graduated with an MD before the war came to change his life irrevocably. With the onset of WW1 Dr Bell joined the army and served in the Royal Army Medical Corps in France and Palestine. He was a shy, sensitive and reserved individual and the horrors of war affected him deeply. He was one of the few who survived the appalling Battle of Passchendaele in 1917.

The emotional scars of what he had witnessed as he tended the wounded and dying in Flanders were to remain with him for the rest of his life. It could well be that his wartime experiences led to his desire to live in idyllic surroundings and pursue the gentle art of fly fishing with single-minded dedication. He moved to Wrington in Somerset, where he was the local GP for thirty years, to be near his beloved Blagdon Water.

As a result of his enquiring and scientific mind Dr Bell did not follow the standard practice of the day of employing ‘attractor’ patterns but rather studied the creatures that the fish were targeting and endeavoured to design artificial patterns which replicated them, and retrieved them in a manner which mimicked their progression through the water. His legacy still survives to this day.

Dr Bell was a shy, sensitive and reclusive character, some would even say that he was anti-social, who never publicized the results of his groundbreaking work. As far as is known he published nothing in his own lifetime, but a surviving article that he wrote, presumably for his own benefit, has come to light and was published posthumously in 2010 as an appendix in Reservoir Trout Flies by Adrian V W Freer (Crowood Press).

[Photo: Adrian Freer] Bell was not secretive about his flies or the techniques he was developing but, being the reticent person he was, he did not wish to receive any acclaim that might follow should his achievements become widely known. There are many accounts of how he was prepared to pass on the benefits of his experience to others. All he wanted was to be allowed to fish in solitude, peace and quiet. Who could blame him for that?

Despite the profound significance of his innovations, and being the private person that he was, there is little information about Dr Bell that has survived to this day and what remains is scattered over a wide range of resources: books, magazines, correspondence, websites, photographs, official records, archives and the recollections of those who knew him. It was therefore considered that assembling as much material as possible into one place, in a website devoted solely to him, would address this injustice to some small degree. Click on www.webdatauk.wixsite.com/dr-bell

Meanwhile a further Alvis owner admits to participating in fly fishing. Hugh Stirling writes “You will be pleased to hear that the Alvis/fishing tradition is still being continued.

Here is XJ 1031 at the Glen Dye AA Box near Banchory on Deeside, a round trip of 1000 miles from my home in Herefordshire, 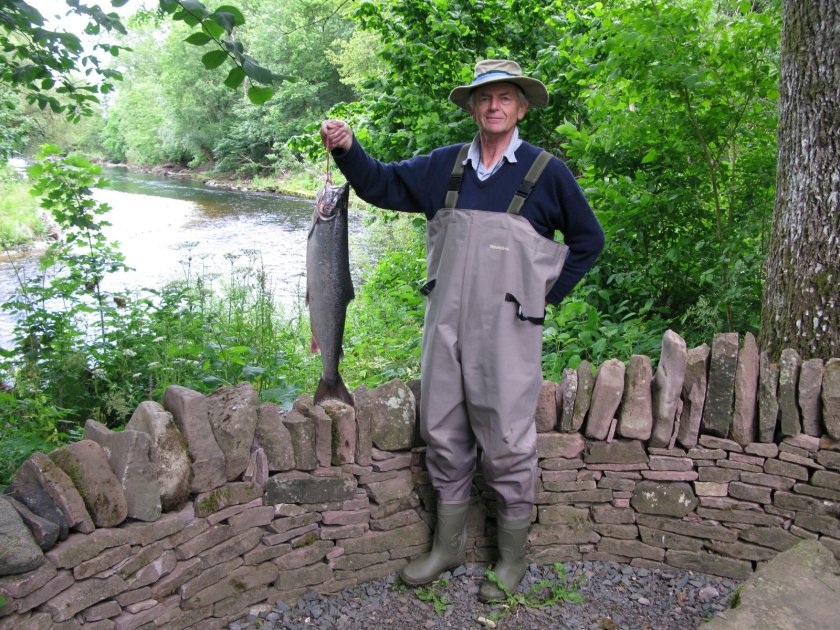 2 thoughts on “Fly Fishing by Alvis”