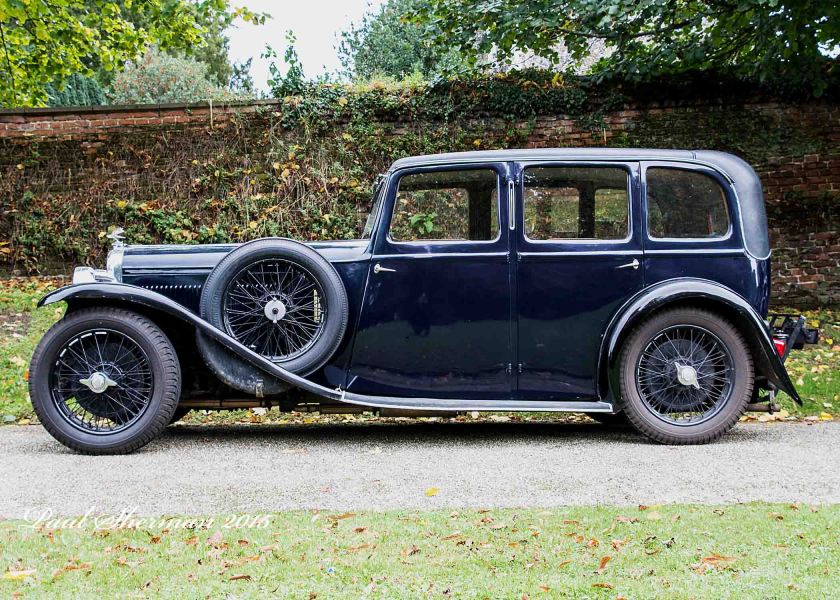 11494 Firefly Cross and Ellis saloon – AOC Bulletin 520, November/December 2009, Page 77, article by Brian V Aket, Catching up with a long lost friend. In was in the Spring of this year when I received a letter from a lady in Somerset who I had never met or spoken to previously. In fact I didn’t even recognize the writing on the envelope which is quite unusual.
The intrigue was settled when I sat down and read the letter. By asking questions at an ‘old car’ rally in her local area, she had discovered that I was the owner of an Alvis Firefly Six Light saloon, registration number PI 6714. It turned out that her father, who was a priest, had owned the car for many years, in the 50s, 60s and early 70s, and that she had many fond memories of the car, both as a childhood passenger and as a young driver. The letter asked all about the car and its more recent history. Fascinated by this unexpected correspondence, I replied immediately and sent her some very recent photographs of the car. It was not long before I had a response, both from Mary and also from Helen, her sister who also lives in Somerset. Both letters contained other interesting snippets of information about the car and more particularly about their father who died some years ago. The car had previously been owned in Ireland by their grandfather who had passed it on to his son. It was also revealed that the family’s pet name for the car was’ Judy Ann’. Coupled with this information was a request to come to Suffolk to see the car and have a ride out.
By mid August their plans came to fruition and they both made the long journey from Somerset to see the car. Having been well and truly spruced up for its big day, the car was gleaming as they arrived. There followed much pleasure and many reminiscences as they looked over and inspected the car. My favourite story was about the annual holiday from the Midlands to South Wales to stay with an aunt. Each year this seemed to happen and always with a bag of potatoes tied on to one wing and a bag of assorted vegetables strapped to the other. I must try it some- time!
A ride out in the car and an opportunity for Mary to drive the car once again, interspersed with lunch, ensured a very happy occasion and one which was thoroughly enjoyable for all concerned.