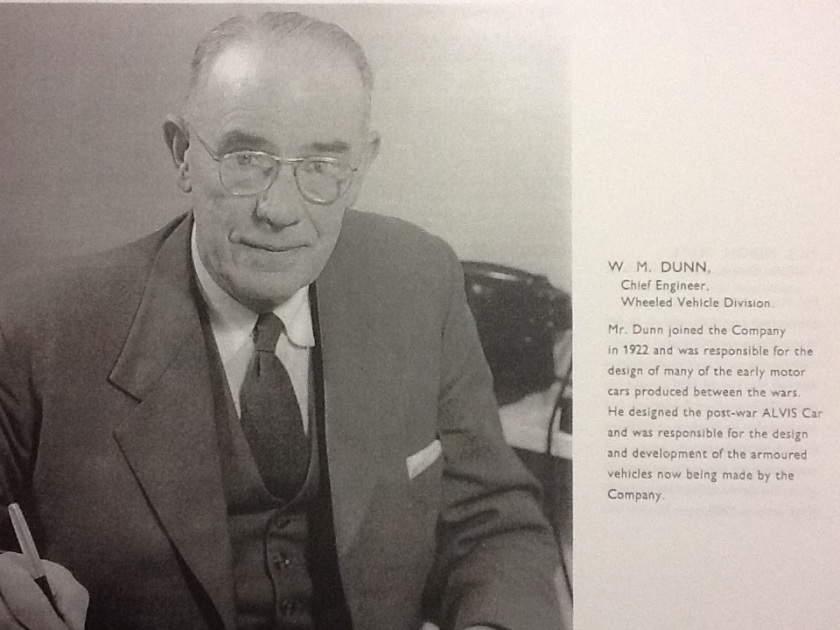 William Marshall Dunn was born on August 12 1893 in Annan, Dumfries. He was apprenticed in the shipbuilding industry at J Milburn Ltd, Engineers and Iron Founders in Workington. Cumberland from 1908 to 1914 where he qualified as a Mechanical Engineer. During the war he worked as a marine engineer. He married Amy Margaret Nelson In 1918 and moved to Coventry in 1919 to work at Daimler Ltd (the British company).

He died on 22 January 1969 in Coventry and was buried at Canley, Coventry.