The inaugural Alvis Centenary event at the R.A.C. Pall Mall H.Q. last October has been reason enough to assemble a follow-up feature, exploring previous connections between the two organisations in greater detail. 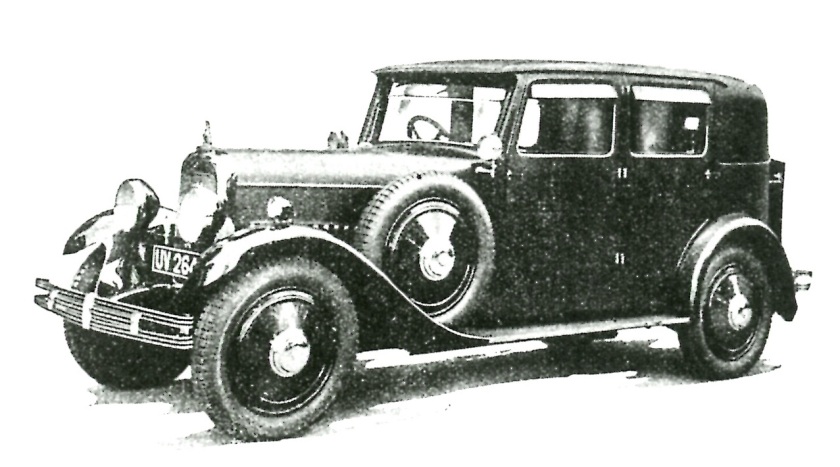 Prince George numbered amongst his personal friends another Alvis owner, the famous society photographer Cecil Beaton,( Speed 20 SB  11231 AXU 635 ). The third in line to the throne however met a most untimely end when the Short Sunderland flying boat in which he was a passenger, crashed into a hillside in Caithness on August 25th 1942, after which the  R.A.C. Presidency was taken up by Earl Mountbatten.

The prestigious Pall Mall headquarters had also, on 19th February 1976 been the venue for a gathering  according honours to famous racing driver and journalist S.C.H. ( Sammy ) Davis. This event was attended by representatives from the Brooklands Society, B.D.C., B.R.D.C., Aston Martin, Alvis,  V.S.C.C. and  l’Automobile Club de l’Ouest  ( Le Mans ).

Some three decades later, the R.A.C. purchased, as a parade car,  one of the 4.3-litre short chassis VdP tourers ( 14340  DON 313 ) Since then, the Club has seen its asset grow considerably in value, and it is regularly driven in events by the current President: Prince Michael of Kent. The car was first supplied to a Birmingham businessman, Walter Rule Nimmo, and has had a number of characterful owners, which included Jim Bidwell-Topham, co-owner of the Aintree Race-Course, and prior to him, an individual who had been a guest in one of Her Majesty’s custodial institutions.  The accompanying photograph shows it in its original ‘battleship grey’, and is from the Peter Cameron-Clarke Collection.

The Alvis exhibited at the inaugural Centenary event in October was especially interesting, being chassis 13105, one of the 62 3.5-litre models made. It was to the order of Henken Widengren, the anglophile Swedish racing driver, then a resident of Bournemouth, who had previously owned a Silver Eagle (ch. 8108  LJ 1111), and the second SA Speed 20 made ( ch 9268  GW 15 ).   Very early in its life 13105 was upgraded to 4.3-litre specification.  Also worth mentioning is the fact that  Widengren had finished 5th at Le Mans in 1932 with an Aston Martin which he co-drove with A.C. Bertelli, which neatly provides the connection with the coachwork on 13105 and indeed that on 9268.

The foregoing represents the assemblage of a number facts included in the forthcoming Alvis book by Dave Culshaw.

2 thoughts on “Another starring role at the RAC”